Kalius was my first book that was published by publishing house Turistika in 2004. When I find the time, I’m translating it into English, and hopefully, it will be available soon. 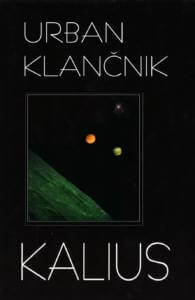 The book is about creatures called Hunters, who feed on the life energy of other beings. The main character is a Hunter called Orias who is also called Slayer (he did horrible things in the past), who gets caught in a war for a mysterious weapon called Kalius. The story begins on Earth but then moves to another planet. I plan to create the whole (Hunter’s) universe and turn the first book into a series.